Key points for tenants moving to a new area

Moving to a new area can be an exciting prospect for anyone giving it thought. Whether it's for a new job, a complete lifestyle change or just a simple relocation, the idea of upping sticks and getting out is one that appeals to many and sees thousands of people every year trundle their belongings down the motorways to a new life in a new area. 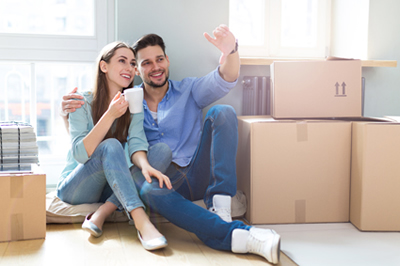 This romantic idea of getting away and starting afresh may not materialise in the real world exactly how it has in the imagination. Instead, moving to a new area takes a great amount of time, effort and emotional - not just physical - upheaval. Simply moving house alone is widely seen as being the third most stressful thing a person can go through, behind only divorce and grieving a loved one. Add in the strains of schlepping your entire worldly possessions hundreds of miles and suddenly the issue is yet more involved.

This isn't a need to be nervous, however, as moving away often ends up being labelled by those who've gone through it as "the best thing I've ever done." All it needs is a little forethought and proper preparation to come off perfectly.

For some people, such a move is dictated to them as a result of circumstance - in the case of a job relocation or choosing to move in with a loved one. Where these are concerned, the idea of paying a few visits ahead of the big day is often abandoned because it's not a case of finding out whether they like the area, as the decision is born out of necessity and not desire.

Moving blindly to a new area, however, could be churlish - regardless of the motives. Simply assuming a place is suitable could prove to be a costly mistake in the long run if it turns out to not be how a person imagined it. After all, if a person moves for the sake of a job but doing so has a huge detriment on their personal life, it would hardly be worth the effort and may end up necessitating a broken contract, unnecessary upheaval and a move back to their original location.

Once visits have been arranged, it's worth scheduling them for times which will be most telling. If possible, an overnight stay would be best, as this allows the individual to see their potentially new hometown in all its different guises. Some of the most important times to consider are rush hour, school closing time and dusk, to ascertain how the area runs at all times of day. Leaving this to chance and only visiting for a short period, however, may negate all the hard work and make for a step into the unknown which belied all the prior effort.

When it comes to research, there's a lot to give thanks for where search engines are concerned. Gone are the days of sifting through guidebooks the size of 'War and Peace' to find out what an area is like, as this is now substituted by a quick search and all the information anyone could need presented at the touch of a button.

The old methods aren't totally redundant, however. As simple an act as buying a local newspaper can give insight into every aspect of a new area, from crime to local activities, politics and sport. That being said, there's no need to be too concerned if the front cover details a grizzly murder, because - as any glance at a local newspaper the world over will attest - this is a pretty universal subject for such publications.

There are, of course, a few special points it's worth considering. For example, anyone moving to a city will want to be sure of the specific areas in which they would prefer to live. Whether it's a budget pad close to the city centre, a quiet patch in the suburbs or a more sizable plot a few miles out of town, it pays to know the names of local areas and what each one offers. Issues such as council tax should also be fitted in to this, as the cost can vary wildly and make a difference to overall rent budgets.

Where different areas are concerned, it's also worth looking into transport links. Proximity to a railway station or bus depot could prove beneficial for commuters, whilst good road routes in and out of the new area can help with getting back to old friends with relative ease. This may end up adding to the cost, however, so weigh the issues up and see where compromise is needed - if at all.

Families, meanwhile, may find that information on local schools would be at the top of their agenda. Finding out OFSTED scores may not be sufficient, however, as schools may have rather odd and arbitrary catchment areas which could wrong-foot a new resident. Find out everything from recent results to the policy of taking on new students and what the school itself offers or the areas in which it excels. Again, thanks to the internet, this information should be quick and easy to glean with a simple email or two.

After the move, it's worth utilising every opportunity to meet new people and make friends. For this there are two easy opportunities for exactly this: neighbours and fellow movers.

Regardless of whether it's a move across the country or across the road, it's always wise to get to know the neighbours and begin on positive terms. This not only prevents the likelihood of stressful arguments later on down the line but can even bring about newfound and long-lasting friendships.

If, on the other hand, it's students on one side and a well-meaning but slightly batty octogenarian on the other, seeking out those in a similar situation may be a better option. Those who are also new to the area or have moved away themselves know exactly how it feels and can relate to the situation. They are also on hand to provide tips on where to eat, what local bars are good and why it's wise to not use a certain hairdresser whose eyesight isn't quite what it used to be.

Moving anywhere - regardless of the destination - can all-too-often become a long, arduous and stressful process. Add in geographical concerns and it becomes an even bigger deal. However, knowing what to expect, preparing for all imaginable outcomes and getting your head around the whole process before a property is even viewed can pay dividends. Then, movers can be left with just the excitement of starting afresh in their new home town without too many worries or concerns.