Book a valuation
Search for properties
Coronavirus Pandemic: Read our full response to the coronavirus pandemic, including what we are doing for sellers, buyers, landlords, tenants and our own employees

Buy, sell or let your Baldock property with Country Properties

Whether you want to sell and move home, or need a new tenant for your let, we can help.

We’re part of a network of estate agents and are partnered with the Hunters group. This means you get the service of a local agent with the support and infrastructure of a national chain.

So get in touch today for a free valuation or to find out how we can help.

Experts in what we do

We know everything there is to know about living in Baldock and the surrounding area. This means we’re well equipped to identify the type of buyer or tenant who will love your property.

With over 40 years’ experience, we’ve seen the market and area change and can keep a-pace with it all.

Your ad reaches thousands of interested buyers or tenants

Country Properties is a network of estate agents throughout the Home Counties. This means that we have access to interested buyers or tenants who are looking to move to Baldock and the area.

As standard, we also like your property on Rightmove, On the Market and our own website too. As a result, your property reaches many interested and engaged buyers or renters.

Professional marketing for the best advert

We offer a range of professional marketing services to help your property stand out.

You can choose from a variety of options including professional photography, detailed floorplans and even videography to really show off your property.

We base your property valuation on multiple factors, not just the square footage. We look at the market and compare your property to others to understand where it sits.

This helps you make an informed decision on the price you want to set, ensuring you’re happy in the long run.

As you are hopefully aware we have finally exchanged contracts today with a completion date of December 19th. Can I thank you and all of your team in seeing this through from beginning to the end. Without your help it would have been very protracted and would not have happened in the timescale's. The conveyance took 8 weeks from when the sale was made to the completion date, as per plan. This was due to your involvement with all the people in the chain. The whole cycle took 3 months from when you put the house on the market to completion date. You have all been marvelous. Please pass my thanks to all of the team.

Most people would regard estate agents as being only responsible to serve their client's needs; in short to have minimal interface with the buyer, conveyancing solicitors, local authorities, etc. - whilst only putting maximum emphasis on pointing out the attractive features of the property being sold by their clients. Country Properties were not our estate agents but in many ways out - performed those involved in the sale of our property. They greatly assisted in resolving major issues that we encountered with the 'dreaded chain', and were involved in all aspects of buying and selling, continuously keeping us as the buyer, updated on a regular basis. In conclusion therefore we would recommend that anyone buying or selling a house should consider Country Properties their first choice as estate agents. The Baldock office in particular deserves special mention and we were most grateful for their assistance.

Why buy in Baldock

Baldock is a bustling town that’s built for families.

With exceptional schools and London Kings Cross just 30 minutes away on the train, it’s perfect for commuters with kids of all ages.

The train station is on the Cambridge line and Luton airport is around 11 miles away. There’s also a comprehensive bus network, so it’s really easy to get around the town.

There’s also a thriving cultural scene, with food and drink festivals and music festivals happening all year around.

There are plenty of country parks and nature reserves nearby for you to stretch your legs on a sunny day.

Watch our video to see how great Baldock is.

Baldock is a charming and historic market town that’s one of the county’s oldest settlements. It marks the intersection of two ancient roads, one of which is Icknield Way, that’s said to be the oldest road in Britain.

Baldock’s train station has direct trains to London Kings Cross, Cambridge and Brighton, making this a great place to live for commuters. Baldock is on the Great North Road and has always been popular with travellers which hasn’t changed today.

There’s a fantastic mix of properties available in Baldock and it has a good amount of detached, semi-detached, terraces, and flats available. The rental market is strong, especially among younger people. The town’s beautiful buildings cover the Georgian, Victorian and Edwardian periods.

There are fun events to enjoy in this family town, and these events bring in people from the surrounding villages. The beer and music festivals are particularly popular.

There are plenty of good shopping opportunities with high street stores, independent stores and supermarkets to choose from. Independent businesses include Bakery Days of Ashwell, which is found next to the local butcher, and there’s the Italian deli and café, Delizia, serving paninis, cheese, and gelati.

Baldock has an array of exciting restaurants near its high street too. Contemporary dining is offered at The Arbury, Indian food at Bombay Bistro Restaurant, kebabs at Baldock Grill, and modern British food at the former coaching inn, The George. George IV offers a family-friendly service and is just a short walk from the centre of town.

Baldock is great for families and there are many play areas within the town including Avenue Park. It’s an enclosed park with a play area, pavilion, football pitch, cricket, bowls, a splash pad (in the summer) and more. Knights Templar Sports Centre also has a gym, sports hall, 3G pitch, tennis courts and over 30 workout classes a week.

The brewing industry has always been big in Baldock, and it paid for the Georgian buildings that you see within the town today. Its malts were of great quality and so were exported to London, but the local brewers also did well here. People travelling between the north and London would stop in the town creating lots of coaching inns, many of which are still here today.

Apple Cottage Cider is created by a family-run business that’s been producing cider in Baldock for over 15 years. The 330-year-old Orange Tree pub sells this cider in Baldock, as well as ales from Buntingford Brewery, which is another local business.

Baldock Museum is run by volunteers and marks Baldock’s history, which is long as it was founded around 1148. The area dates further back than this though, as there’s evidence that it was the town was founded upon both Iron Age and Roman settlements. 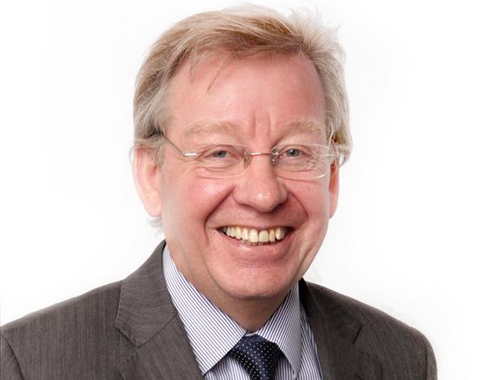